All seven passengers on board an Opel Zafira with registration number UE 343-21 have sustained injuries in an accident at Zebilla in the Upper East Region.

Reports indicate the accident occurred in a head-on collision involving the Opel and a KIA truck with registration number GX 6122-20.

The accident is said to have occurred opposite the Bawku West District Assembly while the Opel was travelling from Bawku to Bolga.

The KIA truck, according to witnesses who spoke to local-based Zebs FM, was travelling in the opposite direction.

Among the injured was a pregnant woman, who is said to have sustained multiple fractures on both legs.

They were rushed to the Zebilla Hospital District for treatment.

The KIA truck driver and his mate reportedly fled the scene over fear of being lynched by the witnesses.

Meanwhile, the Member of Parliament for the area, Cletus Apul Avoka, has also visited the scene and commiserated with the victims 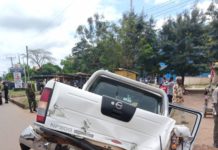 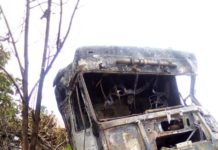