It was a moment of joy when Sarkodie received a massive welcome from some Nigerian entertainers he linked up with in the country.

Sarkodie, who is in Nigeria for a media tour to promote his ‘No Pressure’ album, made time to befriend some of his well-known colleagues.

The duo, in some videos Sarkodie posted, could be seen hugging, after which they had a brief conversation and exchanged phone numbers.

After his media rounds, he had a fun time with musian Korede Bello as well as other colleagues; Blaq Jerzee and Oxlade.

In what appeared to be an early morning recording time, the musicians could be seen singing their hearts out to a piano rhythm. 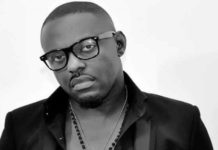 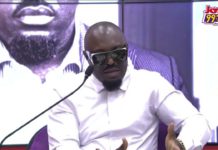 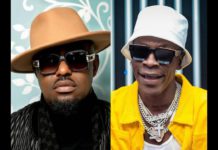 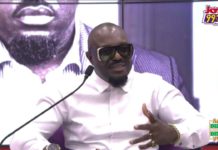