Member of Parliament for Tema East constituency in the Greater Accra region, Daniel Titus-Glover, has revealed how he was stopped by two fellow parliamentarians from filing a lawsuit against a food processing company in his constituency.

Speaking in an interview on Adom FM’s morning show, Dwaso Nsem Tuesday, Mr Titus-Glover said he had commenced a lawsuit against Pioneer Food Cannery (PFC), a tuna canning company in 2015 but had to drop the suit following advice from Kennedy Agyapong and Osei Bonsu Amoah.

According to him, his colleagues asked him to first have discussions with the company’s management on how to deal with the stench in the area, before proceeding with a lawsuit.

The lawsuit against Pioneer Food Cannery was to force the company to find ways of dealing with its excessive air pollution in the entire fishing enclave.

“What the company is doing to us is not good, if you look at the level of stench, the entire area of Tema Newtown smells. From Police Station Junction to European Market to Canoe Beach and the entire enclave of the fishing harbour – the whole place smells,” he bemoaned.

He further revealed that following the request of his colleagues, he sent a letter to the company inviting its management for discussions on finding solutions to the problem but they disregarded his invitation.

“I sent a letter to the company’s management, wanting to engage in a discussion with them on how to eradicate the smell but they failed to even acknowledge the letter I sent them. They showed me no respect, they don’t respect me so I have changed my mind, I am going to be relentless in my crusade…,” he said angrily.

According to the legislator, the company has operated in the area for more than 40 years. 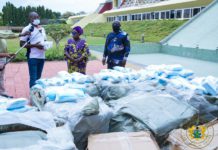 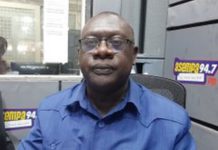 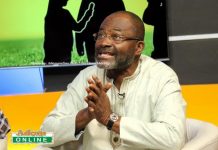