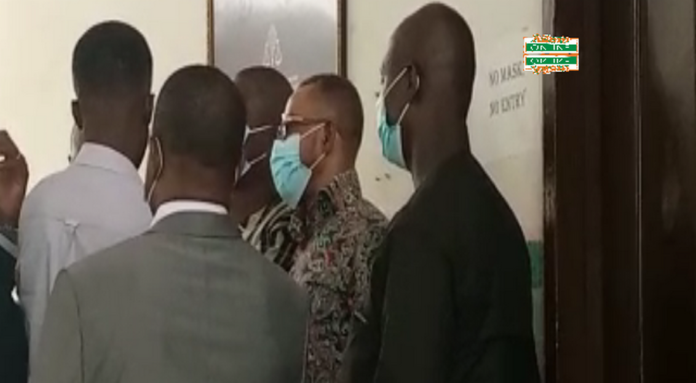 The General Overseer of Glorious Word Power Ministry International, Reverend Isaac Owusu Bempah, and two others who were earlier charged for the threat of death on Nana Agradaa, have been re-arrested.

This was after they were discharged by the Circuit Court.

Once the court granted this request, they were arrested again. The prosecutors intend to file the new charges before the close of the day.

Aside this case, Rev Owusu Bempah, and three others are also facing charges of causing unlawful damage in a different court, a development the lawyers are unhappy about.

Adom TV’s Prince Owusu, who was at the court, reported that the accused persons were waiting for the case to be allocated to a court for the new charges to be pressed against them.

Rev Owusu Bempah was arrested on September 12, 2021, with four accomplices by the Ghana Police Service.

He was arrested for allegedly storming the home of converted fetish priestess Nana Agradaa.

He was charged with offensive conduct conducive to breach of peace, threat of death, and assault of public officers.

He was standing trial at the Accra Circuit Court 1 until yesterday, October 5, 2021, when the police amended the charge sheet and separated the cases.