Former National Democratic Congress Member of Parliament for Kumbungu, Ras Mubarak, has called out authorities at Achimota Senior High School (SHS) after news went viral that Rastafarian students have allegedly been denied admission due to their dreadlocks.

According to the politician, the constitution forbids such treatments, hence it would be apt if the decision is reversed immediately.

Not accepting them into the school because of their dreadlocks is degrading treatment which is frowned upon under article 28(3).

The school may have its rules, but those rules, and all other rules and laws are subservient to the constitution of Ghana. The supreme law of the land is the constitution.

Earlier, one Ras Aswad Nkrabeah alleged that his son and others with dreadlocks were denied admission at the Achimota SHS.

My son was one of the affected children and the other student was also refused on the same grounds. We have no option but to battle against this gross human right violation, he said.

Two brilliant Ghanaian students, I’m told, have had their admission into the prestigious Achimota School withdrawn…. 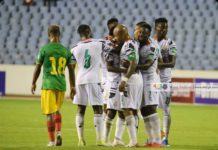