A disgruntled parent, identified as Raswad Menkrabea, who announced this on his Facebook page, said his son is one of the affected students.

According to Mr Menkrabea, his son gained admission through the Computer School Placement System only to show up on the reporting day, March 18, 2021, to be met with such news.

Describing it as a gross human right violation, he vowed to battle the situation out, adding that the dreadlocks do not cause any harm to the children to be denied admission.

“He equally deserves the right to access education within his culture just like other cultural believers. As a Rastafarian, I think that dreadlocks do not cause any harm which should even be a basis to be assisted by the school authorities.

“The fundamental question to ask is what does our law say about the right to one’s culture? Do you deny a child access to education based on his/her culture? Do public school rules override the supreme law of the land?” Parts of his lengthy Facebook post read.

He backed the post with photos of his son in the school and that of the other student who was spotted with his long broom, bag and other essentials required of him.

This post has been welcomed with mixed reactions on social media.

While many people have described it as unacceptable and discriminatory, others believe it is no big deal, adding that the students should cut their hair to secure admission.

Meanwhile, the management of the school is yet to comment on Mr Menskrabea’s allegations. 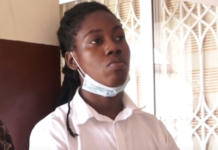 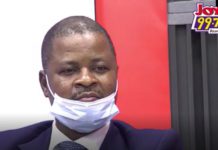