Dancehall musician, Ras Kuuku, says he finds genuine peace whenever he visits the cemetery to spend his leisure hours.

According to him, although many people find solace by flying abroad to catch up on interesting scenery and artifacts across the globe, he loves to visit the graveyard to inspire himself.

We relax in the ‘saman puom’ (cemetery); We chat with the dead. Imagine you go through the sun hustling the whole day, you can take a break, sit at the cemetery and relax, he said in an interview on YFM in Takoradi.

Another interesting revelation he made was that some of the top songs he recorded came to him at the cemetery, hence the reason he doesn’t joke with the cemetery relaxation.

I can just go to the studio and ask the engineer to play a beat and I freestyle. I don’t sit and write songs. All my songs are freestyle, he revealed.

I have singles I can’t count, so my team and I decided to come out with an album titled, ‘Kuntunkununku the Heaviest’.

The word ‘Kuntunkununku’ is one of the names of the Almighty and it also reminds me of Osagyefo Kuntununku, the first King of Akyem,’’ he said.

Ras Kuuku has many songs to his credit such as ‘Kuuku’, ‘Me Mpaebo’, ‘Prom Anthem’ and ‘Ghetto Love’ among other hit songs. 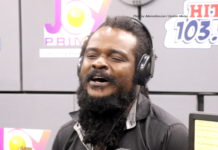 Only Obrafour can compare his album to mine – Ras Kuuku 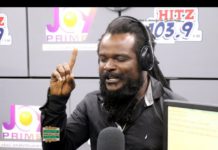 I can’t do music without ‘wee’– Ras Kuuku (Video) 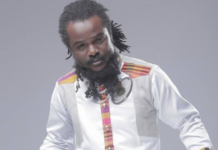