In the early hours of Tuesday, September 1, 2020, Benedicta Gafah, shared lovely photos of herself to her fans to mark her birthday.

The Ghanaian actress and on-air personality proved in the photos that her beauty and curvy body are real.

However, the celebration of the much anticipated day took a different twist when a video of Miss Gafah weeping uncontrollably dropped.

In the video, sighted on Instagram, she was heard expressing her appreciation for the love shown her on the day.

According to her, the love was overwhelming and though she was not supposed to be crying, she was actually doing exactly that.

Miss Gafah’s action has since attracted mixed reactions with some social media users describing her as a drama queen. 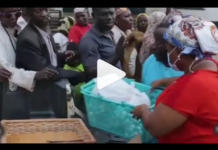 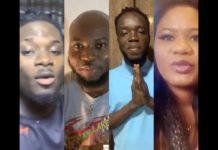