A pupil of the Hariya Junior High School has died after he was shot by suspected robbers at Zebilla in the Bawku West District of the Upper East Region on Monday.

The robbers also shot two others including a Brazilian contractor working on the Bolgatanga Pulmakom road and a ‘Mahama can do’ rider.

The pupil, Musah Hassan, was declared dead while receiving treatment at the Zebilla government hospital.

The expatriate, who was working on the road opposite the site of the robbery scene, was shot in his right leg while the rider of the ‘Mahama Can do’ motorcycle was shot in the arm through the windscreen.

Residents of Zebilla were aggrieved and accused the police of not acting to stop such robbery attacks in the town.

According to witnesses, the robbery happened about 200 metres away from the police station but the police failed to act to stop the attack.

The angry residents, incensed by the posture of the police, thronged the station with stones and sticks.

The police fired warning shots to disperse the crowd.

The incident brings to four the number of similar attacks that have occurred in the area this month. 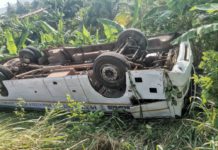 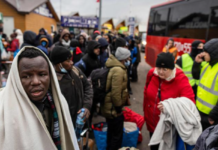