The Ranking Member on Parliament’s Health Committee, Kwabena Mintah Akandoh, is demanding a parliamentary investigation into the circumstances that led to the death of a new mother.

There are allegations that the death occurred as a result of a lack of fuel in the ambulance on call.

The accusation has been levelled by one John Obiri Yeboah who says personnel of the Ambulance Service failed to transport his wife to the Korle-Bu Teaching Hospital (KBTH) in time due to the absence of fuel in the ambulance on call.

Speaking on Newsnight on Joy FM, Mr Akandoh said the stories of ambulance personnel demanding money from patients and their guardians before services are rendered is increasingly becoming common.

Thus, this probe would help proffer solutions to nip such unfortunate situations in the bud.

“Issues about ambulances requesting money from patients before embarking on a journey is becoming very common in our system.

“So for me as a Member of Parliament and a Ranking Member, our aim is to bring this issue to the front burner, especially in Parliament to investigate and make sure that these things will not re-occur.”

Doctors at the Holy Catholic Church in Fijai referred Augustina Awotwe to the Korle-Bu Teaching Hospital in Accra because she developed complications after a caesarean section.

However, her husband Mr Obiri Yeboah said the journey to the KBTH was cut short because the ambulance driver demanded GHC600 to buy fuel. When he explained that he could not afford that amount, the ambulance personnel drove back to Fijai.

Mr. Akandoh believes the death of the new mother was an avoidable one.

He stated, “clearly such services are covered by NHIS, so we do not understand why some of these things should happen.”

Mr. Akandoh believes that the probe will provide insights into what happened and help resolve some of the issues involving ambulances.

E-levy: MP calls on Ghanaians to fast and pray against Majority’s numbers [Video] 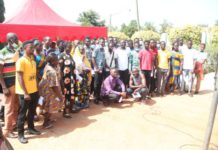