Some Ghanaians have taken to social media to troll Ghanaian singer, Mildred Ashong, popularly known as Eazzy over her latest photo.

The singer has been spotted in an African print designed bikini wear which displayed her boobs giving off a racy pose.

She flooded her social media pages with the wild photos which fans can’t keep calm over.

However, with social media being a community where people hide behind anonymity to blast people, many have described the bikini as a nose mask.

A section of social media users, who were amused by this ‘nose mask-bikini’, have flooded her comments section with hilarious reactions.

Read some comments below: 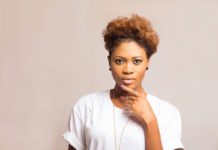 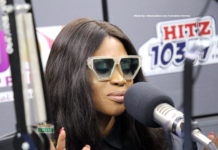