A Junior Secondary School pupil at Ohafia in Arochukwu Local Government of Abia State has reportedly died after consuming 10 tablets of Tramadol.
This statement was made by the Commandant of National Drug Law Enforcement Agency (NDLEA) Mr. Akindele Akingbade.
Mr. Akindele Akingbade, spoke in Umuahia, the Abia State capital, while delivering a lecture at a seminar NDLEA and Office of the Senior Special Assistant to Governor Okezie Ikpeazu on Narcotics and Abia State Drug Abuse Control Committee (ADCC) organised for patent medicine dealers. 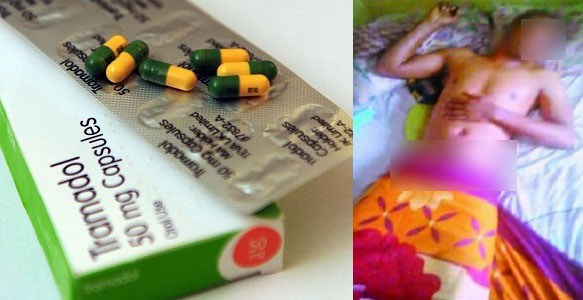 ALSO READ: PHOTO: Tramadol dose kills man in Kumasi
The Nation reports that Akingbade mentioned in his lecture that the pupil was alleged to have taken the Tramadol tablets to enhance his performance during an inter-house sports competition in his school.
He was said to have died shortly after taking the drugs.
The NDLEA boss, who said Abia was among the states with a high level of drug/substance abuse, added that the governor had been informed about the incident.
He said efforts were being made to apprehend the seller as directed by the governor.
Akingbade advised patent medicine dealers to desist from selling drugs without prescription by doctors or pharmacists.
He attributed the high rate of crimes, including robbery, rape, kidnapping and others to the effect of drugs.
Akingbade said besides the agency’s resolve to take the awareness campaign against selling of harmful drugs to the abusers, they (NDLEA) had begun encouraging schools to establish Drug Free Clubs, to discourage pupils from taking drugs.
ALSO READ: SHS graduate, others arrested for producing fake drugs
The Director of Pharmaceutical Services, Ministry of Health and Chairman, ADCC, Chief Chimezie Uzuegbu, as well as the Senior Special Assistant to Governor Ikpeazu, David Anyanwu, hailed NDLEA for its efforts in curbing drug abuse.
The rate at which young people consume the banned drug is quite alarming. Another man was reported to have lost his sanity after consuming 7 tablets Tramdol in Lagos yesterday.
His friends who noticed his unusual behaviour immediately tied him up before administering first aid treatments on him. 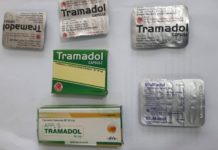 I took tramadol for confidence to approach my crush; I nearly died – 24-year-old man