Hallelujah, a song composed during the Coronavirus lockdown period, is to remind her fans to celebrate and reflect on the birth and the life of Jesus.

Just few weeks after the release of ‘Hallelujah’, the song has found its way to playlists of most DJ’s and radio presenters all over the country.

One of her Management members described the video as her most expensive project yet, since her presence in the industry for 22 years.

“My desire for you is to understand that regardless of your situation, the death and resurrection of Jesus give us the confidence to be ushered to the throne of God. So, dearly beloved, you have no limitations now, the Grace of God abound for you. There is, therefore, now no condemnation for those who live in Christ Jesus,” she added.

It is a common industry practice for new releases of musicians to be out doored with a video because of the obvious benefits in terms of promotion for the artist and his/ her brand. Often, music videos are the medium through which artists express themselves generally and their mindset concerning their music. However, there have also been instances where new works from artists have deviated from the norm and yet went on to become major hits.

It is the expectation of Philipa Baafi and her team that as you watch this music video at this time the power in the death and resurrection of Jesus will speak for you no matter your current situation.

Hallelujah is available on all music and streaming platforms. 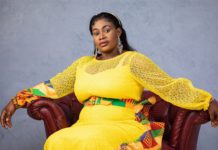 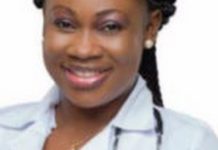