Director of Electoral Services at the Electoral Commission (EC), Dr Serebuo Quaicoe, has allayed fears that the EC’s data will be tampered with in the run-up to the 2020 elections.

This comes after he disclosed that the 1422 SMS voter verification code is controlled solely by the telecommunication companies.

According to him, the Commission bought into the idea on realising its efficiency and convenience.

“Yes it’s true that we’ve given them the data, but they cannot tamper with it, because the data is protected by a lot of security features. They will need activation codes at every point of access,” he said.

‘Putting that aside, we also know the kind of people we are dealing with so once there is a problem, the persons in-charge will be held responsible,” he added.

He made the assertions on Asempa FM’s Ekosii Sen on Tuesday, when responding to the 30 pesewas charge incurred after each process.

He explained that the SMS verification was not part of the Commission’s budget, hence the need for the charges to pay off the telcos.

He further noted that the shortcode will still be active after the exhibition and voters can still verify their details, however, there will be no room for corrections to be made. 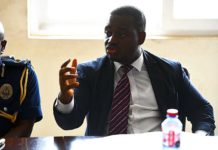 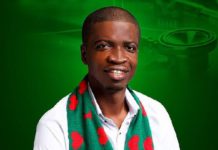