Member of Parliament (MP) for Bortianor-Ngleshie Amanfro, Sylvester Tetteh, has hinted Finance Minister, Ken Ofori-Atta, will meet an empty Chamber if he decides to appear before the House.

This, according to him, is because Mr Ofori-Atta is behaving in bad faith amidst calls for his dismissal and a censure of vote by the Minority in Parliament.

Mr Tetteh’s comments follow a message from Mr Ofori-Atta to the critics calling for his head.

In a meeting with the Association of Ghana Industries (AGI), the Minister said he has felt the pain and aches but is more concerned about how the country surmounts its challenges.

“You have a Finance Minister who has gone through all the pains and aches, and nobody can really come and say we don’t understand what we’re doing,” he told members of AGI.

But to the MP, Mr Ofori-Atta’s comment is needless, especially as President Nana Akufo-Addo has intervened and pleaded for him to be allowed more time to finish the negotiations with the International Monetary Fund (IMF) and the 2023 budget.

“We had a meeting, and the President has made a plea which the Majority Caucus had taken that plea in good faith. And to have gone through a process the president had asked, one party, in this case, should not go to town with such comments flexing your muscles, it irritates the other party. It is not good,” he fumed.

He indicated from signals he is picking from the House, Mr Ofori-Atta’s comments may affect Akufo-Addo’s appeal.

“When the Finance Minister, after this, goes public and starts making such public statements, we don’t know the challenges he’s gone through, I mean, these are comments in bad taste, and that is what I am saying, from where I sit, the signals I am picking, such comments, if it is not checked, will go down on the president’s plea,” he said on Accra-based Metro TV.

He urged it is important for the government, as a matter of urgency, to address the embattled Minister’s pronouncement, cautioning “If they don’t address it, he will come to the house to meet an empty chamber.” 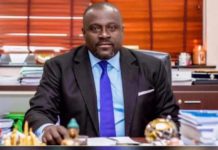 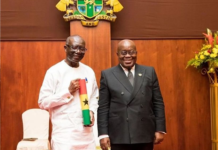