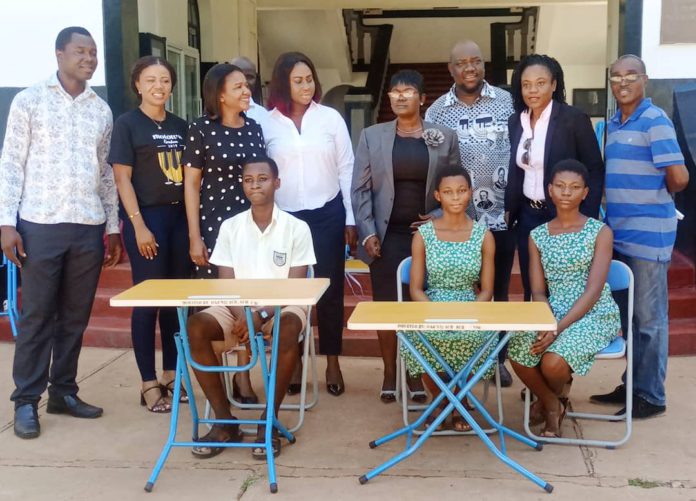 The 1992 Year Group of the Old Achimotan Association (OAA ‘92) has donated 400 pieces of furniture to Achimota School for use in the school’s examination halls.

The furniture which includes 200 tables and 200 chairs was purchased with money donated by members of the year group at a special fundraising event held in London.

The group had previously refurbished the school’s physics laboratory.

The presentation ceremony took place in front of the school’s administration block on Monday, May 23, 2022.

Presenting the furniture, the president of OAA ‘92, Mrs Eunice Amewu Nyadu pledged the members’ continuous support for their alma mater.

She said the donation was, among things, meant to encourage the students to study harder.

“It was also to ensure that they write their examinations in comfort,” Mr. Nyadu added.

The Assistant headmistress in charge of Domestic Affairs of the school, Lydia Mamle Bantey, who received the furniture, expressed the school’s appreciation for what she described as a timely and kind gesture, noting that, the furniture had come just in time for the school’s examinations.

She conveyed her personal gratitude to the 1992 year group and requested further assistance from the members.