The atmosphere is already blazing after their hit songs such as ‘Edin No’, ‘Adedie Wo Ntaban’, and ‘Odomfo’ among others that electrified the atmosphere.

It has been a long journey since the competition began and tonight’s show will determine which of the remaining six deserves to be crowned the music champion at the West Hills Mall. 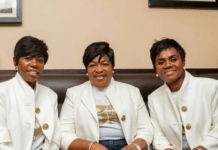 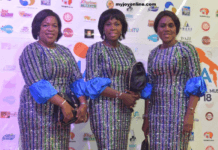 Daughters of Glorious Jesus reveal driving forces behind their success

Stop using our songs without permission – Daughters of Glorious Jesus

Hot video: We are all orphans – Daughters of Glorious Jesus

We remained virgins until marriage – Daughters of Glorious Jesus

Don’t politicize coronavirus unless you want ‘many more body bags’: WHO...