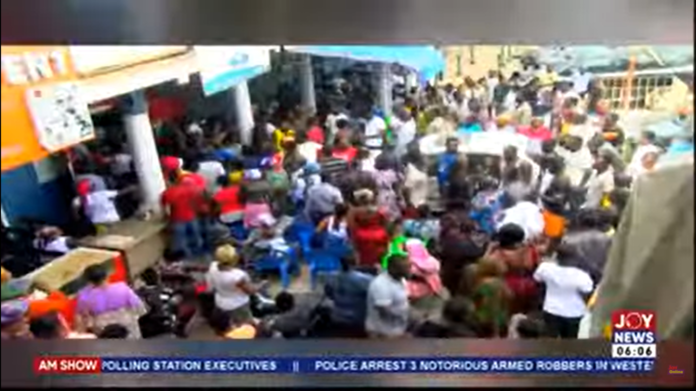 The Director of Research and Elections of the New Patriotic Party (NPP), Evans Nimako, has stated that the party has not ordered any individual to buy forms in bulk for supporters.

His comment comes following agitations by some polling station aspirants that some of the constituency executives had locked up the party offices and were not making the forms available to them.

About barely 78 hours since the party opened nomination for polling station executives, conflicts have rocked some electoral areas as it begins reorganising processes ahead of the 2024 general elections.

Although the election of polling station executives comes off next month, party members in some parts of the party have accused their executives of hoarding the forms.

But speaking on Asempa FM’s Ekosii Sen show on the developments Mr Nimako said it is important that forms are sold to all prospective aspirants and so there was no way it will be hoarded to deny people access.

“It is early days yet and there are measures we have put in place. We don’t want aspirants to be denied and so there is no way, the party would order forms to be hoarded. It can never be true,” he said.

He also advised the aspirants to endeavour to explore internal mechanisms to resolve their grievances instead of resorting to the media.

Mr Nimako said the party has issued guidelines as well as a code of conduct for its internal elections and would certainly ensure that every candidate had an opportunity to contest on fair grounds.