There is confusion in the Awutu Senya West Constituency over the New Patriotic Party (NPP) primaries as a delegate who was allegedly denied access to voting.

Reports from the constituency suggests that the party’s chairman, Charles Amoansah, has denied a particular delegate access even though his name and photo had been identified in the album.

Incumbent MP for the area, George Andah who challenged the decision of Mr Amoansah in an interview with Adom News said the chairman stood by by his decision in spite of the fact that EC officials and police present had identified the said delegate’s name.

On why he will not allow the said delegate to vote, the chairman said information available to him suggests the delegate had contested in a constituency executive elections hence his name should have been struck out from the delegates’ list.

The delegate in question, Louis Otibu Ayitey, has claimed in a media interview that he was being denied access due to his affiliation to Mr George Andah who the chairman is not in good terms with.

Find video of the confusion below: 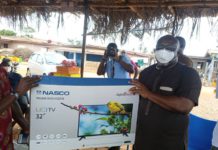 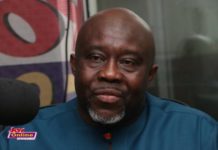