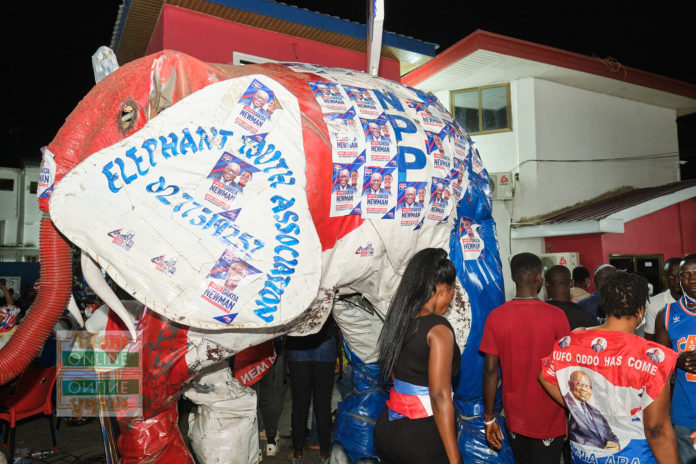 The New Patriotic Party could be the first party under the 4th republic to secure a third term mandate after winning the 2024 general elections.

But this will take leaders who will unite all fronts, apply unique strategies and abide strictly by the party’s constitution.

This is coming from former Greater Accra Regional Chair of the party, Ishmael Ashitey.

He said this in an interview with Adom News after confirming rumours of his intentions to run for the party’s national chairmanship position.

Since the inception of multiparty democracy in 1992, the two dominant parties – the National Democratic Congress (NDC) and the NPP have both failed to secure third-term mandates.

But, former Greater Accra Regional Chair of NPP, Ishmael Ashitey believes the NPP could break the jinx when its next chairman is neutral and has a strategy to achieve this in 2024.

“NPP could be the first party under the 4th republic to secure a third term mandate but this will take leaders who will unite all fronts, apply unique strategies and abide strictly by the party’s constitution”

According to Ishmael Ashitey, his tenure as  Greater Accra Regional Chair saw the party increasing its parliamentary seats from nine to 14  and subsequently to 21 seats.

“I managed to take the party from nine parliamentary seats to 14 and subsequently to 21 seats when my mandate was renewed. I am pretty confident that I will be the person to break that jinx of 8 years”

Although the party has not announced a date for the contest, the three-time Member of Parliament for Tema East said he will remain neutral when elected.

“The idea to contest was birthed a year ago. Some friends within the party who are very optimistic about my chances have also been encouraging to take this bold step”

He was however sad the NPP lost some seats in Greater Accra despite sounding the alarm of what could befall the party in the 2020 elections.

Ishmael Ashitey was particularly worried about the idea of alienating people, especially at the polling station level, due to some individuals’ parochial interest.

“You try to bring everybody on board. People have unique talents and how they handle issues. When there are mistakes, we sit and resolve them as this remains part of my leadership style”

He is also not in support of any major changes to the party’s current constitution and regulations as these should be enough to help organize elections successfully.

He suggested that the party puts in place means to reward members who help in bringing the party to power.