General Overseer of the Prophet Hill Chapel, Prophet Nigel Gaisie, says he is saddened by the arrest and detention of colleague Reverend Isaac Owusu Bempah.

According to him, the Founder of the Glorius Word Chapel International is not being treated fairly, adding he is not in a good place.

“I am saddened by the issue and will appeal to the court to temper justice with mercy. First, where he was arrested was not the right place and now he has been remanded,” he said on Accra-based Okay FM.

Rev. Bempah, who has been charged with threat of life for allegedly threatening to kill Nana Agraada, as well as offensive conduct to the breach of peace, made his first appearance before the Accra Circuit Court on Monday, along with five other members of the church.

The other five were also refused bail.

Rev. Bempah and his co-accused church members were taken to court amidst a heavily armed police escort.

Presenting their case, the accused persons pleaded not guilty to all charges.

Their legal counsel, led by Gary Nimako Marfo, prayed the court for his clients to be granted bail.

However, the Prosecutor, Chief Inspector Dennis Terkpetey, opposed the petition noting that the defendants need to be remanded to facilitate ongoing investigations.

After hearing both arguments, the court, presided over by Afia Owusua Appiah, dismissed the application for bail to give the prosecution enough time to investigate the case.

Reacting to the development, Prophet Nigel stated his colleague deserves better, adding that his political party [New Patriotic Party] he worked so much for has now abandoned him.

“I respect the rule of law and the fact that nobody is above the law but Owusu Bempah has done so much for his party, especially in the re-election of President Akufo-Addo and Bawumia,” he stated.

He stressed a self-recognisance bail would have been better, looking at the fact that the man of God is not in any way a threat to society or human life.

“I was expecting the court to grant him bail but this should be a wake-up call to all pastors and prophets that dying for a politician is not worth it.

“I agree the law must work but I don’t think I would be treated this way if Mahama was to be in power. He would have been more gracious,” he added. 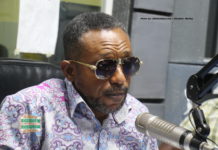 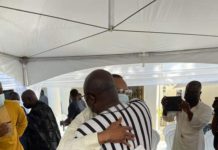 Owusu Bempah back in cells after reporting sick at Police Hospital