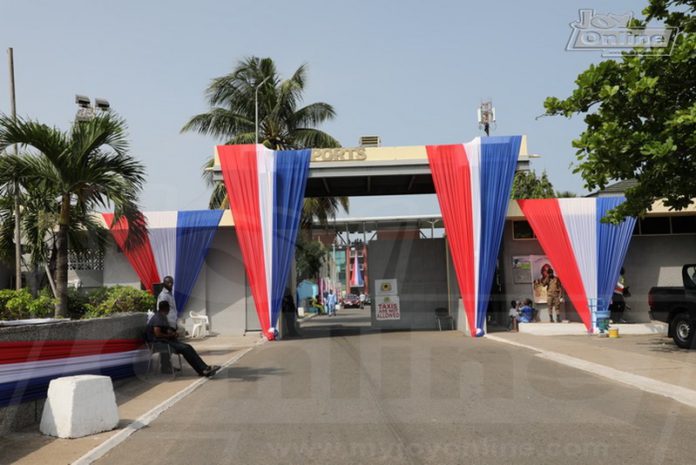 The New Patriotic Party is holding its National Delegates Conference, which is taking place at the Accra Sports Stadium.

The party is expected to elect new National Executives at the conference which is crucial for the quest to ‘break the eight’.

About 6,000 delegates from various constituencies across the country are expected to converge at the stadium to elect their executives who will steer the affairs of the party in the next four years.

According to Head of JoyNews Political Desk, Evans Mensah, snippets of information filtering through indicate that for the General Secretary position, Mr. Justine Koduah Frimpong is likely to give incumbent John Boadu a run for his money.

As regards the Chairmanship, Mr. Stephen Asamoah Boateng, a.k.a Asabee, is proving to be the main contender of Mr. Stephen Ntim who has been eying this role since 2005. It is save to say that in the chairmanship race, no matter what happens, there will be a STEPHEN as National Chairman of NPP.

The two roles are crucial, among other things because the winners will have a table at cabinet, where they will sit with all those who matter in the Akufo-Addo-led government to decide our fate as the people of Ghana.

Reports by Elton John Brobbey from the Accra sports stadium, as at 9:00am on July 16, point to some deal brokering taking place behind closed-doors.

This suspicion is given vent by the fact that it is very unusual for the venue of an NPP congress to be that empty at the scheduled time for the event to start.

Meanwhile, traders are cashing in on the occasion to sell party paraphernalia to the delegates as they arrive.

Stay tuned to AdomOnline for live updates on our social media channels, radio, TV and online as the watershed event in the annals of the New Patriotic Party unfolds.