Actress Nikki Samonas has sparked controversy on social media after she posted a photo of her eating fufu with chicken stew.

Though Miss Samonas appeared to have enjoyed the meal and decided to let fans have a glimpse of it, fans and followers were left in shock.

She took to Twitter to share her almost empty plate of fufu and stew which she captioned: “Neat fufu n chicken stew. yummy.”

Bewildered Tweeps have trooped to her comment session with hilarious and savage statements upon sighting the post. 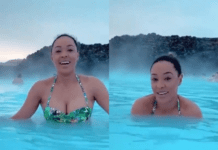 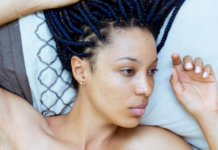 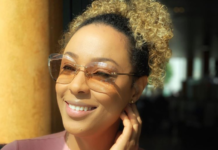 I don’t like men with hairy chest – Nikki Samonas