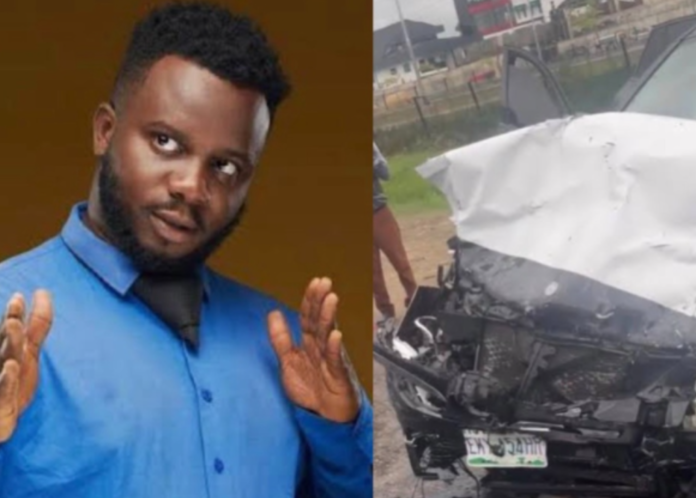 According to reports, the accident occurred after a drunk driver collided with the comedian, who was riding in his newly acquired Benz.

In pictures and videos which went viral on social media, the car’s front was badly damaged, with the bonnet completely wrecked.

Sabinus was seen standing by the car surveying the damage as onlookers throng the accident scene.

Taking to his social media accounts, Sabinus assured his fans and followers that he was safe and uninjured.

He added that he was also grateful to the fans for checking in on him and for their concerns for his health.

“Safe and sound, thanks guys for the calls and care,” he wrote on Snapchat.