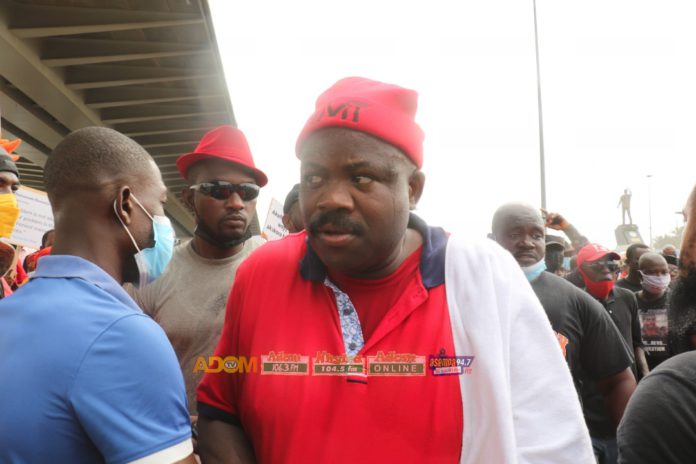 Former Communications Officer and aspiring National Organiser of the National Democratic Congress (NDC), Solomon Yaw Nkansah, has said the party does not need inexperienced hands to meet the New Patriotic Party in 2024.

Touting most of his contenders, especially the incumbent, Joshua Hamidu Akamba, as not being fit for the organisational job in the party, Mr Nkansah said he stands tall as he has the organisational and communication acumen to do the job.

“Akamba is tired of ideas, apart from keeping fit and singing, what else does he bring on board? Chief Biney is also tired, they are in the same soup. If Akamba failed to perform, will the deputy do well? They are all the same. We need someone who will win votes for the NDC and that person is me,” he said.

He made this known in an interview on Adom FM’s morning show Dwaso Nsem Wednesday.

On December 17, 2022, the NDC will be electing new national executives who will serve as leaders for the next four years.

Answering questions on what makes him stand out from his contenders, the former Communications Officer said he has served the NDC for the past 24 years and that has given him the requisite experience to occupy the position of National Organiser.

“I Solomon Yaw Nkansah has in the past served the NDC for 24 years consistently before I left my office and attempted to become the national organiser. I stand out among all of them because most of them lack the experience of leading the party from the organisational point of view,” he said.

The National Organiser aspirant said the party lost the 2020 elections due to poor organisational and strategic work.

“Organising a political party is not about keeping fit. It is not about radio programmes. It is about serious scientific activities,” he added.