NAM 1 has suggested to the 41-year-old artiste to produce a remix of his 2007 hit track Sudwe.

This was after Sarkodie, in a birthday tweet, said Sudwe is one of his favourite Ghanaian songs.

According to him, Sudwe is an unforgettable hit that cannot be omitted from the history books of Ghana music, hence should be tapped fully.

NAM 1 also extended the invitation to alumni of the Aggrey Memorial SHS, 2001 to 2006 batch to support the worthy course.

Meanwhile, KK Fosu, after dropping the Sudwe song in his prime, recruited music stars such as Samini (then Batman), Kokoveli and rapper Tinny. 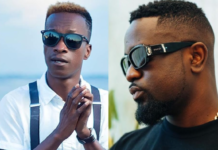 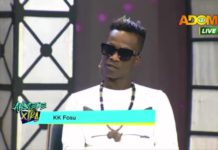 Court orders arrest of NAM 1 and 2 others