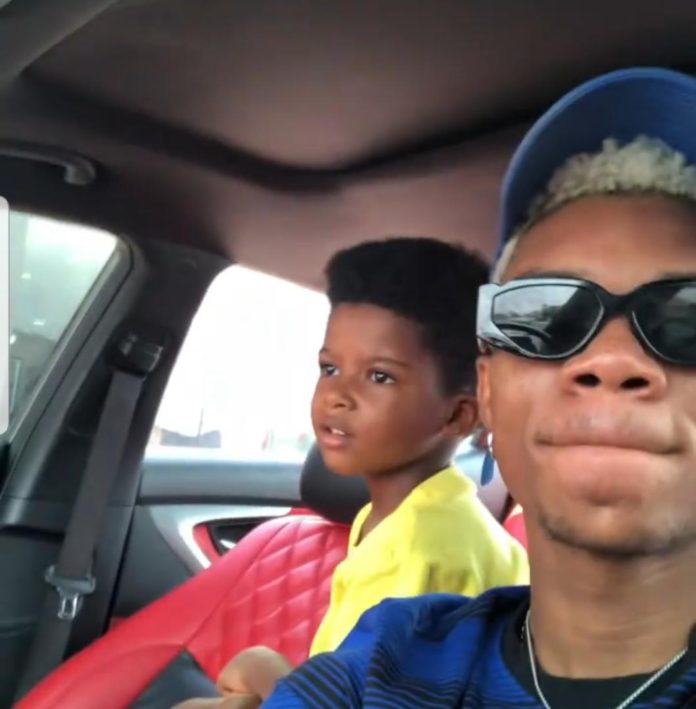 Ever since musician, KiDi introduced his son to the world in 2019, he has not shied away from giving fans an insight into their relationship.

Over the weekend KiDi shared an adorable video of Zane, vlogging while they drove around town.

Zane during the drive could not help but shower endless praises on his dad who he calls the “best in the world”.

To prove his point Zane showed off the shoes his dad bought him noting “see what I got.”

Putting KiDi in the camera frame, Zane added, “he is the richest man in the world and the golden boy.”

KiDi could not help but laugh as his kid went on and on about how amazing he is.

“If your son doesn’t gas you like this…,” he captioned the video.

In November 2019, KiDi made public that he had a son named Zane. He made the announcement on his son’s third birthday.

Explaining why he kept his son a secret, KiDi indicated that he kept this part of his life out of the public’s eye because he was not mentally ready for judgmental Ghanaians.

He revealed he welcomed his child, Zane Nana Boadi Dwamena, when he was 23 years, however, he feared his private life would be the talk of the town.

KiDi added that he feared public criticism would break him if the news of him not being together with his baby’s mother got out.

To him, the African mentality surrounding young parents convinced him to keep his son under the wraps. He stated that making the announcement was after he believed he was mature enough to handle public criticisms.