A high ranking member of the governing New Patriotic Party (NPP) has clarified that his comments about Ghana’s movie industry, were only meant to provoke a debate.

According to him, his expression of disappointment with some movies produced in the country was not aimed at denigrating the hard work of practitioners.

Mr Otchere-Darko ruffled some feathers after he said in a post on Facebook that he felt disheartened after watching 10 random Ghanaian movies.

“I took my time to watch randomly ten Ghanaian movies and never felt so disappointed. It brought home to me one major deficiency in our development. The apparent lack of deliberate consciousness on the part of the creative industry in the development conversation,” he said in the post.

Asare Otchere-Darko noted that “The presence of the creative industry appears at best peripheral in Ghana’s development narrative. Our movies, our songs, our arts, by and large, do not impactfully plug into a greater development agenda.”

Those comments did not go down well with some industry persons including Yvonne Nelson, Lydia Forson, Adjetey Anang and Kafui Danku.

Yvonne Nelson said that if the high ranking member of the NPP says he is disappointed with Ghanaian movies, she is also equally disappointed in him.

The actress, in a post on Twitter, asked, “Hello @GabbyDarko is your [post on Facebook] real?? If it is I’m also disappointed! A few of us are pushing really hard for this industry! Since our leaders have also totally abandoned the industry, we contribute too, just like nurses, doctors..etc”.

“A majority lack very little knowledge about our industry and how it works; it’s why you’re quick to jump on the bandwagon. 99.9% of the content you watched is created by people who beg for loans, sell their property etc just to create what you call crap,” Lydia Forson also said in a tweet.

Clarifying his post, Mr Otchere-Darko, who is a confidante of President Nana Addo Dankwa-Akufo Addo, said “I hope I have provoked a healthy debate. It is not meant to denigrate but rather to generate a discussion about using entertainment more for development, social justice and education.”

“The debate I seek to provoke, however, is that we do not have enough filmmakers, musicians, etc, using their films or music, etc, to promote social justice, educate and entertain or to plug into a greater consciousness, like the theme Ghana Beyond Aid. How do we define that theme of consciousness that has resonated across the globe to effect change in our society and beyond? How do we use our creativity to change the mindset of our people from a culture of dependency and inadequacy to one of a confident AFRICA and Africans united in the knowledge of their value and ready to push harder and smarter ahead? That is not to say those leading our creative industry are not good or brilliant in what they do. No!” he added.

Mr Otchere-Darko noted further that, “I am only calling for more Ama Ata Aidoos, Chinua Achebes, Spike Lees, and Ousmane Sembènes. Bob Marley, Nina Simone and John Lennon recognized the power of music and used their powerful voices to spread strong messages, to provoke discussions, to challenge stereotypes and to promote social justice. Solange, Common, Chance and even John Legend are such strong modern activists.”

“We need new Dylans. New Public Enemys. New Simones. New De La Roachas. New ideas!” he wrote. “I mean real stories. Real narratives. Songs with spirits in them. Songs with solutions. Songs with questions. Protest songs don’t have to be boring or non danceable or ready-made for the next Olympics. They just have to speak truth,” he concluded. 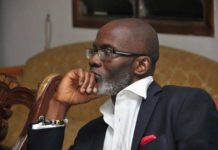 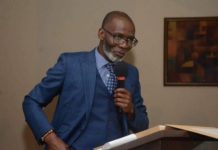