A delegation from the Musicians Union of Ghana (MUSIGA) has visited the family of the late Highlife legend AB Crentsil to sympathise with them on the passing of the legend.

The rest are Highlife star Pat Thomas, Naa Amanua of Wulomei fame, Asabea Cropper who played with AB Crentsil in the Tema based Sweet Talks Band and Director of Communications and Special Projects, Ahuma Bosco Ocansey.

They assured the family of the unflinching support of the Union to ensure the late Highlife icon is given a befitting burial.

Speaking on behalf of the delegation, Bessa Simons said “as we all know, we have lost one of our legends who was also a former Vice President of MUSIGA and a founding member of AMWEF.

“He was also very supportive of the work of the union and played a great role in establishing the fund to support ageing and needy musicians. We will miss him greatly.’’

Meanwhile, the family of the legendary Highlife musician has announced that the one-week observation will be held on August 22, 2022 at the Bethel Methodist Society, Community 8, Tema.

The late AB Crentsil, who died on July 13, 2022, is known for several hit songs such as Devil, Atia, Juliana, I Go Pay You Tomorrow, Papa Shamo, Ayen among other songs.

AB Crentsil, born in 1943, at Prestea in the Western Region was one of the “big three” of contemporary Ghanaian musicians from the West.

He won numerous Ghanaian music awards, including the Fontomfrom Evergreen Award, a special honour bestowed upon a musician with 15–20 years of continuous music experience. 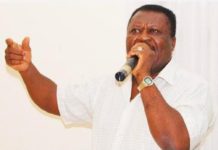 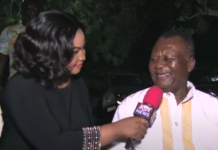 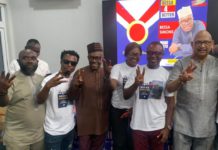 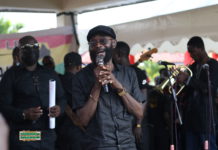 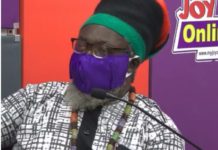