Minority Chief Whip and Member of Parliament for Asawasi Constituency, Mohammed Mubarak Muntaka, has backed calls for the legalisation of ‘okada’ in Ghana.

Mr Muntaka believes the call is in the right direction, adding that it will help reduce youth unemployment.

He said this on Asempa FM’s Ekosii Sen with reference to his constituency, stating that the business is the major source of livelihood for the youth.

He argued that the legalisation of ‘okada’ will pave way for the regulation of the business, thereby, reducing its associated risks.

“The legalisation will come with associated rules and regulations so, for instance, if you are not 18, you can’t ride a motorcycle, you must also be part of a cooperative for registration,” he stated.

“We will also have demarcated lanes for the riders and ensure they stick to it,” he added.

The decision whether to legalise ‘okada’ or not has become a hot debate in the build up to the December 7 polls.

The incumbent government has firmly opposed the decision with the promise of providing jobs while the National Democractic Congress (NDC) has promised to make ‘okada’ business legal in the country.

The NDC argues that ‘okada’ has created more jobs for the youth than any of the recent job programmes put together by the Akufo-Addo government. 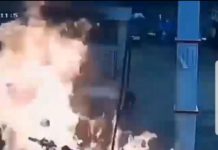