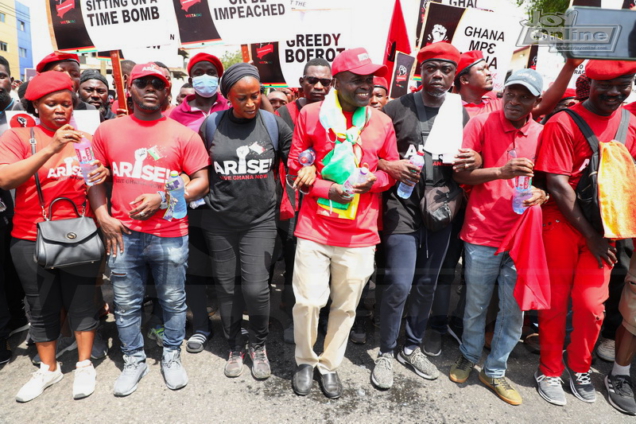 Private legal practitioner and lead convener of the ‘Ku me Preko Reloaded’ demo, Martin Kpebu, has revealed the next line of action after the exercise over the weekend.

To him, after the mammoth demonstration, the message was very well received across the country and extended to the world and therefore believes it is, therefore, time for Ghanaians to speak truth to power.

“The kind of traction we had after the demo was massive and I must say that the message has really gone far. Our next line of action is that we are now collating signatures to petition parliament to impeach the President,” he said.

Hundreds of Ghanaians took to the streets of the capital Accra on Saturday, November 5 calling for the resignation of President Nana Akufo-Addo over record inflation and the government’s handling of the economic crisis.

They say the wanton corruption and mismanagement of the economy give a clear indication that Ghanaians can no longer wait until the end of Mr Akufo-Addo’s four-year term.

But Mr Kpebu said although they did not have enough money to bus a lot of people to the demo grounds as there was demo fatigue, he is of the firm conviction that they will improve.

According to him, the president together with his vice ought to leave office in order to pave way for the constitutional provision for his replacement to be set in motion.