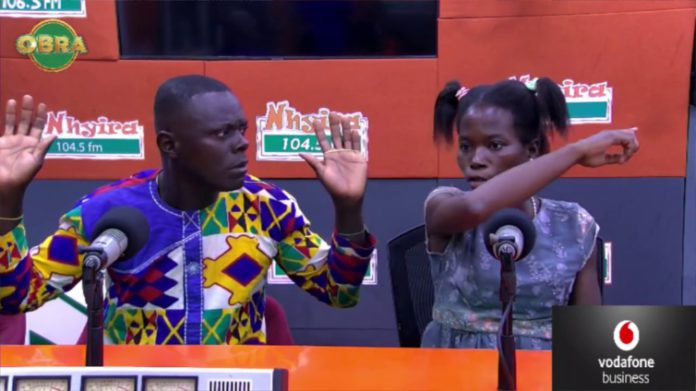 A married man is demanding the cost of a hotel he booked from his ‘side-chick’ after the lady refused to have sex with him.

Days after the encounter, Afia Serwah claims she is pregnant and Akwasi Adu is responsible.

The 37-year-old man is shocked. He claims they both got naked but he did not get full penetration to impregnate her.

After unsuccessful attempts to resolve the matter, they came before Nhyira FM’s flagship programme, ‘Obra’ hosted by Mama Effe Amanor.

The story as it unfolded has it that Mr Adu and Miss Serwah, 22, are farmers at Atwima-Taabuom in the Ashanti region.

Mr Adu said though he is married, she agreed to his proposal and they decided to enjoy themselves in a guest house at Foase also in the Ashanti region.

However, Akwasi explains when they got to the room, the 22-year-old refused to have sex with him.

According to him, though they both went naked and he knelt to beg her for sex she refused.

He said out of frustration he struggled with her and succeeded in getting her on the bed.

Akwasi said Afia apologised to him days later for denying him sex and agreed they should go back the next day to have sex.

However, he said when they got to the same guest house the next day, the lady this time refused even to undress.

This, he said infuriated him and he demanded she pays the bill for the guest house to which she agreed.

A few months later, Afia Serwah said she is pregnant and claimed Akwasi Adu is responsible.

The 22-year-old lady claims, “Akwasi managed to penetrate her when she held he neck during the struggle.”

She admitted that “though it wasn’t enjoyable sex, Akwasi eventually ejaculated and is responsible” for her pregnancy.

But Akwasi Adu has denied this saying he did not get full penetration and cannot be responsible for the pregnancy.

The ‘Obra’ team led by Mama Effe Amanor has decided to go for a DNA test to decide on the next line of action. 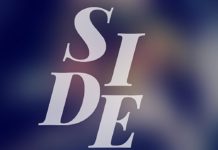 Dear side chicks, here are 5 dangers of dating a married man