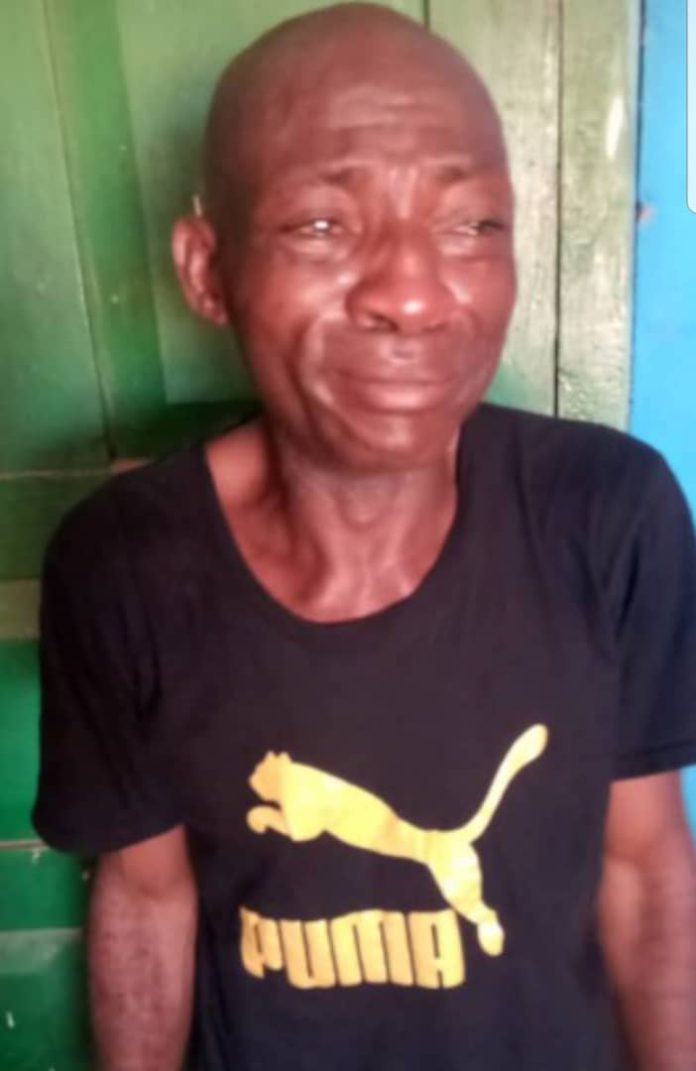 A 50-year-old man, Wisdom Okoro, broke down in tears when police arrested him over a fatal abortion.

Police operatives attached to the Ikorodu Division of the Lagos State Police Command arrested the suspect on April 11, 2021, for the sudden death of his girlfriend identified as Enobong Udoh, 38.

One Blessing Pius, reported to the police that Enobong Udoh, was found dead in her house.

The police operatives immediately invited her boyfriend, Mr Okoro, for interrogation where he confessed that his lover died after an abortion.

He confessed his lover had taken seed in February and he visited her to confirm if she had indeed terminated the pregnancy.

When he discovered she had lied, Lagos State Police stated he confessed to have bought her pills, which in turn led to her death.

According to the Lagos State Police Public Relations Officer, CSP Olumuyiwa Adejobi, the statement and utterances of the suspect revealed that he had some questions to answer.

The Commissioner of Police, Lagos State, CP Hakeem Odumosu has ordered that he should be transferred to the  Homicide Section of the State Criminal Investigations Department, Panti, Yaba for further investigation.

He also assured the general public that a thorough investigation would be carried out to ensure that justice prevails.