The suspect, Kwadwo Asoah, is said to have gone game hunting when he accidentally shot Mr Blay who was easing himself in the bush.

Assemblyman for the electoral area, Stephen Ofori, who spoke to Adom News’ Augustine Boah explained that some residents stumbled upon Mr Blay who was lying in a pool of blood.

He said as at the time he was found, the victim was still alive and alone in the bush, but he died while being transferred to the Komfo Anokye Teaching Hospital.

During inquiry, residents came forth that they saw the suspect heading to that portion of the bush wielding a gun.

A report was subsequently made to the police and a search was launched in the suspect’s room. The gun – which he borrowed from a friend – was not found, but an empty shell casing was retrieved.

The suspect is said to have reported himself to the police the next day after he was informed that he is wanted by the police.

He defended that he was not aware a human was in his territory before firing the gun.

He maintained his innocence, defending that he did not know the victim whatsoever.

Meanwhile, the body of the 35-year-old has been deposited at the Komfo Anokye Teaching Hospital’s morgue.

Popular rapper shot and killed inside a shop 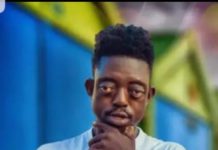