A little boy left musician MzVee speechless when he broke down in uncontrollable tears after meeting her for the first time.

The boy, whose identity is not immediately known, met MzVee at an event and rushed to her corner to express his undiluted love for her.

Tears were trickling down his face when he was offered a hug by the Sing My Name hitmaker.

Faced wth the reality that he was hand-in-hand with his mentor, the lad pressed MzVee harder to his chest, as she smiles heartily.

Fans have peculiar ways of reacting to meeting their favourites for the first time; most scream in dismay while a few others cry.

Recall a die-hard-fan of dancehall king, Shatta Wale, also shed tears after meeting the artiste in the studios of Hitz FM, while the latter was being interviewed. 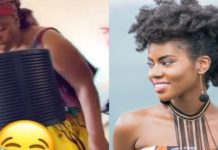 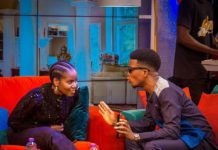 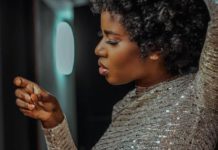