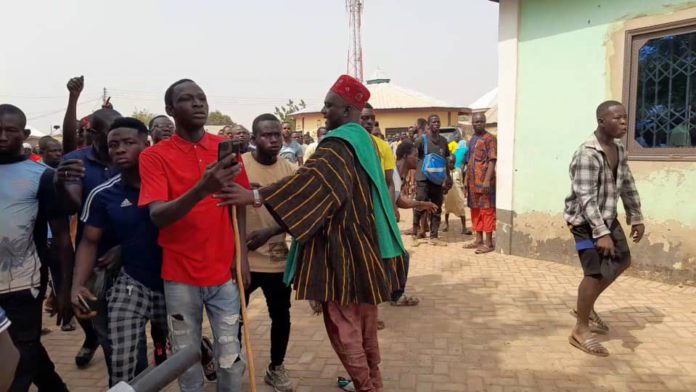 Angry youth of Lamashegu in the Tamale Metropolis of the Northern Region have threatened to take revenge over the police shooting.

The youth made this statement following their visit to the victims at the Tamale Teaching Hospital.

The clash between the Police and the youth has claimed the life of a JHS graduate, Abdul Hakim, while others are battling for their lives at the hospital.

The JHS graduate, who lost his life through this violence, sustained gunshot wounds and was rushed to the hospital for treatment but died on arrival.

Another JHS two pupil, Tawfic Abdul-Razak, who was on his way to school, was also hit by a stray bullet directly at his mouth destroying his teeth whilst others received multiple injuries and are receiving treatment.

A bullet, meanwhile, hit a victim and penetrated the neck.

A health worker at the hospital told Adom News that about eight people were shot and brought to the Tamale Teaching Hospital with one dead on arrival.

The source said health workers at the hospital managed to stabilise the condition of some of the victims.

Speaking to Adom News, the father of the victim, whose mouth was shot by a stray bullet, Abdul-Razak Issah, said he couldn’t recognise his son after he got to the hospital.

According to him, his son was associated with the clash and he was on his way to school when the unfortunate incident happened.

He, therefore, appealed to the authorities to ensure immediate justice to prevent similar situation in future.

“My son was on his way to school and the bullet hit him. I don’t know if he will survive. I’m calling on the authorities to take serious action against the perpetrators to prevent such situations,” he said. 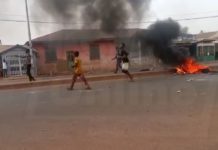