After the release of his album, Son of Jacob, rapper Kwesi Arthur has returned to entertain fans with a new track.

The song called ‘Nirvana’ features his colleague, Kofi Mole. It was released on Wednesday, July 20.

‘Nirvana’, sang in Twi and English, projects a sense of empowerment and determination to overcome challenges.

Like many of his songs, Kwesi Arthur’s ability to mix hard-hitting back beats and warm afro-infused melodies shines in this hit.

With an assist from fellow Ghanian trendsetter, Kofi Mole, Kwesi Arthur produces a meditative sound that is seeing him ascend to rising heights in the genre.

Kwesi Arthur’s grasp of genres and other things has seen him sell out shows in London and New York, gaining attention across the likes of i-D and New Wave- Magazine and The New Yorker. 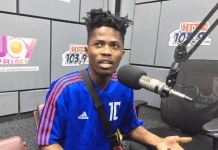 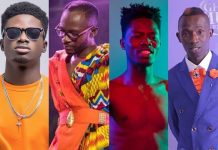