Highlife musician Kofi Kinaata has made his love for colleague MzVee known in a modest love letter he coined for her.

Kinaata, who is known to have a soft spot for MzVee, showered praises his colleague to make her feel special as she marks her 29th birthday today, June 24.

The Sweetie Pie composer confessed to how he is drawn to MzVee for her simplicity and decency while posting a photo of her to flaunt her.

Over the years, Mzvee has been an advocate for naturalness; she composed two songs – Natural Girl and Daavi to express how proud she is to be an Ewe.

Her advocacy did not only touch the hearts of the youth but also won her a potential lover in the person of Kinaata.

When asked in an interview who would be his ideal celebrity to date or kiss, Kofi Kinaata did not spare a second before mentioning MzVee’s name.

Kinaata’s love letter comes days after he was involved in a ‘clash’ with comic actor Lawyer Nti, for attempting to overtake him on the road to MzVee’s heart.

MzVee, in a recent post, gave an opportunity for all her admirers to show up, and the two entertainers fought to be noticed. 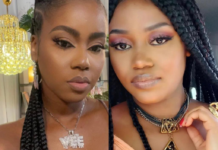 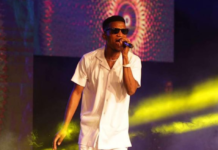 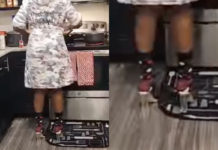 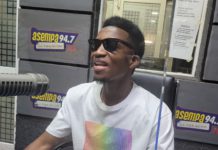