The coveted TMA Mayor’s Excellence Award was bestowed on the company for the far-reaching effort to invest part of its profit in education, health, environment and sports.

A certificate of appreciation to the effect was presented to the Kingdom Exim Group of Companies at this year’s 63rd Regional Independence Anniversary Celebration held at the Tema Sports Stadium.

The mayor of Tema, Felix Mensah Nii Anang-La presenting the award highly commended the group for its contribution towards the development of Tema and beyond.

According to the Metropolitan Chief Executive, the assembly in collaboration with Kingdom Exim Group of Companies has launched an initiative to green all the public schools in Tema.

He went on that the Greening Tema Campaign will involve the initial distribution of 1,000 seedlings to the public educational institutions.

The company also presented an amount of GH¢6,000 to a number of students in the port city who excelled in academics and athletics.

According to him, the come is pleased with the business climate in the country and prayed that it would continue to contribute its quota towards addressing some of the needs of Tema.

The company’s Managing Director, Mr Immanuel Rajamani, said that they were motivated by the award from the assembly which would spur.

On the greening project, Mr Rajamani stated that mouthwatering packages are going to be attached to the seedlings for the schools to strive to claim the ultimate.

The Public Relations Officer (PRO) of TMA, Frank Asante interacting with the media expressed gratitude for the initiative.

He went on that the assembly takes strong view of the environment hence considers it as one of its sectors under the ‘Tema Restoration Agenda’ and added that the TMA’s Horticulture Department has commenced working on a blueprint to ensure proper monitoring for the initiative to achieve the set objective. 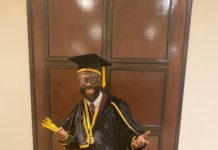 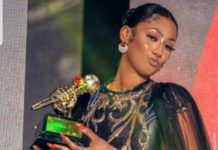 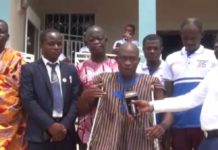