Assin Central Member of Parliament, Kennedy Agyapong, has made a swift U-turn over his comments against actress Tracey Boakye during a rally.

According to the outspoken politician, his comments were mere jokes.

Speaking at a New Patriotic Party rally, Mr Agyapong made reference to Miss Boakye and Mzbel’s social media banter over an unknown ‘papa no’.

Mr Agyapong made some disparaging comments about Miss Boakye which caused the latter to fire salvos at him.

Speaking in an interview on Accra-based Asaase radio, he was of the view that the actress blew the issue out of proportion.

“Whatever happens to a Mahama I don’t feel happy about it. So the allegations I made at Achiase some few weeks ago about Mahama and Tracey Boakye were all for jokes but then Tracey Boakye took it so very serious and reacted to it,” Mr Agyapong stated.

His revelation comes a few weeks after a prophetess, identified as Maa Konadu, disclosed the actress was treading on a dangerous path.

The prophetess explained Miss Boakye’s insolent act towards the lawmaker has caused some of his acquaintances to spiritually launch attacks against her. 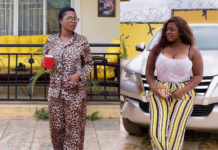 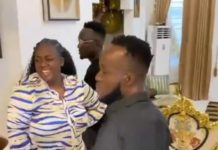