Some traders at Kasoa new market have invoked curses on members of the Awutu Senya East Municipal Taskforce for forcing them to wear nose masks.

According to the taskforce members, they went to the market to enforce the ‘no nose mask no business’ protocol as instructed by President Nana Akufo-Addo in his latest coronavirus update.

In an interview with Adom News, Second in Command to Operations Commander, Francis Patapaa, revealed that immediately they reached the market circle, some of the market women and men came out with eggs and schnapps to invoke curses on them.

“We went to the market and asked them to buy nose masks upfront before entering the market. Some complied but we were informed one male trader invoked curses on us just for enforcing directives,” he said.

Some of the culprits have been marched to the traditional leaders for breaching both national and local laws and to persuade them to reverse the curses. 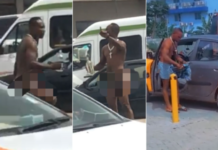 Over 100 arrested for dumping refuse on Kasoa highway

Why I rejected over GHS700K bribe – Anti-galamsey taskforce member 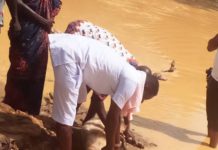 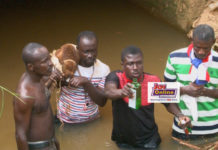