Chairman Kwadwo Boateng-Agyemang said he should summon the assembly members who collected his money but failed to vote for him to the dreaded deity in the Ashanti Region, ‘Antoa Nyama’.

Mr Kantanka was seen in a viral video demanding a refund of monies paid to the assembly members for his endorsement.

The police have since began investigations into the issue. However, the woes of Mr Kantanka has worsened following an invitation from the Special Prosecutor for questioning.

But Mr Boateng-Agyemang on Asempa FM’s Ekosii Sen programme Wednesday said the disappointed MCE nominee could have avoided this trouble.

“Since the assembly members denied receiving any bribe from you, just summon them to ‘Antoa’ to deal with them,” he stated.

The development, the NPP Constituency Chairman described as very unfortunate since all Mr Kantanka wanted to do was to serve his country.

Listen to Chairman Kwadwo Boateng-Agyemang in the attached audio: 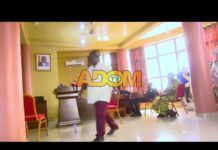 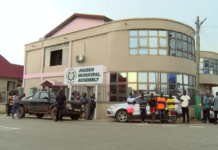