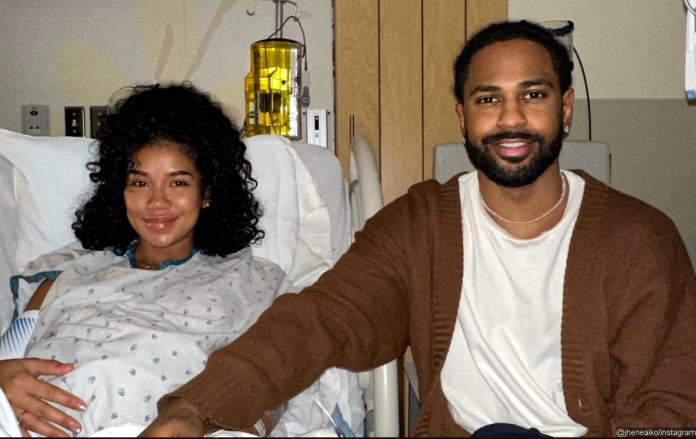 On Friday, November 18, the singer took to her Instagram account to break the news of their baby boy’s arrival while sharing pictures of the infant.

“11/08/22 Noah Hasani,” she wrote alongside the series of pictures, which also featured her in labor. She continued, “after 24 hours of labor, a total lunar eclipse, and while it was pouring rain… he came my baby Yoda, my Sani.”

Among the snaps was a selfie that showed Aiko’s pregnant belly with a baby monitor wrapped around it. One other saw Sean sleeping in a chair in the hospital, while another snap featured the happy couple smiling brightly.

Sean also made use of his own page to share some photos of the memorable moment. “After 24 hours of Labor, A Lunar Eclipse, with rain from the beginning of labor til he was born, he’s here safe and sound. Happy, Healthy and everything we could ever ask for and more. Any and everything for you Son. Noah 11/8/22,” so he captioned the post, which included a picture of him holding his baby boy’s little hand.

While baby Sani is the couple’s first child together, he is Aiko’s second child. The “None of Your Concern” singer is also a parent to daughter Namiko Love, whom she shares with singer O’Ryan.

News of Aiko’s second pregnancy emerged in July. “The couple is overjoyed and looks forward to this next chapter,” Aiko’s rep told PEOPLE.

The 34-year-old star eventually confirmed her baby news on Instagram, sharing a nude maternity photo of herself cradling her stomach set against an edited celestial background.

The couple first met in 2012. After collaborating on several songs together before releasing a joint album “Twenty88” in 2016, they developed a close relationship. “I love her and I know she loves me,” Sean once told Billboard and the pair have dated on and off in the years since.