A DNA Analyst Dr Kenneth Frimpong, who has been testifying in the case in which Daniel Asiedu is standing trial for the murder of J. B. Danquah Adu, the late Abuakwa North former Member of Parliament, has been discharged.

Dr Frimpong, a scientist, had tendered in a DNA Forensic Report as evidence on the matter and had been facing scrutiny.

Daniel Asiedu, aka Sexy Don Don, has been charged with the killing of the legislator and is currently facing a murder trial.

While Vincent Bossu, alias Agogo is facing a charge of conspiracy to rob. Asiedu is separately facing another charge of robbery. They have both pleaded not guilty.

In court on Thursday, April 6, defence lawyers led by Lawyer Yaw Danquah accused Dr Frimpong, a seventh Prosecution witness in the matter of tendering in a report he didn’t author.

It was the case of Lawyer Danquah that, the witness report cannot be relied upon because “he did not author it.”

Counsel also indicated to the court that, the DNA Consultant’s report is full of theories which has no substance and that he cannot speak to a document he did not produce but put his name and seal on it.

But, Dr Frimpong disagreed and said his report was conducted in an accredited DNA facility which is at pal with such facilities in South Africa and in United Kingdom.

The Criminal Division of the Accra High Court presided over by Justice Lydia Osei Marfo has discharged him after Counsel indicated the end of his cross-examination.

EIB Network’s Court Correspondent Murtala Inusah reports that, the prosecution has been ordered to call its eighth witness at the next sitting.

So far, the prosecution has tendered into evidence two reports – the Postmortem report and DNA Forensic report.

In his Evidence-in-Chief as the seventh prosecution witness, the witness said he had come across the name Daniel Asiedu, one of the accused persons standing trial.

Te DNA Consultant, he came across the name of Daniel Asiedu in respect of the analysis he conducted for the Ghana Police Service.

Dr Frimpong, told the court that, he had also come across the name of former J.B.Danquah-Adu in respect of analysis of the Ghana Police Service.

He said, in February 2016, the Ghana Police Service brought him several exhibits for analysis which include: a handkerchief, a T-Shirt, bed sheet, a plastic cup, boxer shorts and swaps of blood.

He said a third party was also made to conduct some analysis and that he had written and signed the final report for the Ghana Police Service and rendered the same in evidence. 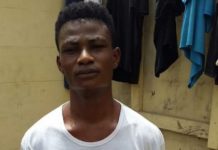 JB Danquah’s Pathologist to be charged for contempt