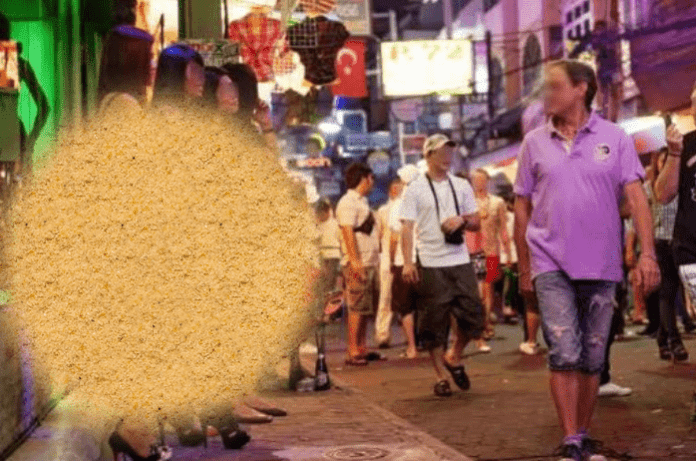 Mika is worried. As a sex worker in Japan, she used to see three or four clients a day — then the coronavirus pandemic hit.

Now, with people staying home and avoiding close contact, she’s out of clients and out of money.

With no savings or other sources of income, Mika says she is living off borrowed money. She has tried to find other jobs, but nobody’s hiring in the middle of an economic crisis.

At this rate, she might not be able to pay rent or afford basic necessities, let alone pay off the debt she has recently taken on.

“I’m worried if I will have a place to live or if I can find a job to get money to live,” she said, using a pseudonym to protect her privacy. “I worry about (my health) of course, but now I worry more about how to survive.”

Sex workers across Japan have been hit hard by closures and restrictions due to the pandemic. The entire country is under a state of emergency, with many businesses ordered to shutter and people advised not to go out.

There are now at least 10,797 cases nationwide and 236 deaths, according to Johns Hopkins University.

To soften the economic blow, the central government has launched a massive stimulus package worth 108 trillion Japanese yen (about $989 billion). After some controversy, sex workers are eligible to apply for aid, under certain conditions — a move some activists have hailed as a sign of progress for an industry that has long suffered social stigma.

But for many sex workers, the package offers little reassurance — and its rules for eligibility seem opaque and restrictive. Some aren’t sure how to apply for benefits without effectively outing themselves.

“(The government) haven’t clearly said they will help everybody,” Mika said. “There are many people unable to eat and survive without working.”

The fight for inclusion

Prostitution, or the exchange of sexual intercourse for money, is criminalized in Japan — but other types of sex work are legal. The sex industry in Japan generates an estimated $24 billion a year, according to Havocscope, a research organization on the global black market.

Mika works in the legally permitted “delivery health” industry, a euphemism for escort services that stop short of intercourse. Another popular form of legal sex work is “fashion health,” which offers services like oral sex in massage parlors.

When the Japanese government started putting together the relief package, it excluded those legally in the adult entertainment and sex industries — drawing criticism from activists and opposition members, who called the exclusion “occupational discrimination.”

Officials reversed course, announcing several days later that the proposed plan would include those working legally in the sex industry. Under the drafted guidelines, sex work agencies and employers could receive subsidies for those who have to stay home to care for children during school closures. Sex workers could also apply for a cash handout, available for people who have lost income due to the coronavirus.

However the move continues to polarize public opinion in Japan, where attitudes toward sex and sex work tend to lean socially conservative, with some public figures — including well-known TV entertainers — protesting the use of taxpayer money to support sex workers.

In response, the hashtag #NightWorkIsAlsoWork — “night work” being a euphemism for sex work — has gone viral on social media.

In one such hashtagged post, an unverified Twitter user said they had only entered the industry to pay off student loans. The tweet, which garnered 9,000 likes and 3,800 retweets, argued that they weren’t asking for aid to indulge in luxuries like eating Wagyu beef — but rather to pay the minimum costs of food, rent and utilities.

“I wonder when this country started ranking people’s lives,” another tweet read. “Do you abandon single mothers who work in the night business and people who need to work for a living? Stop being prejudiced, stop discriminating based on people’s jobs, stop being misogynistic.”

Many sex workers also say the government’s rules for financial aid and eligibility are confusing and difficult to navigate.

For instance, Mika said, it’s not clear whether the handout is only available to those who have lost a certain amount of their income, or who have been dismissed from their jobs entirely, such as losing agents who liaise between the clients and sex workers.

And there’s another problem: the plan requires applicants to show proof of their salary and lost income — a significant challenge for sex workers, who are often paid under the table and whose salaries can fluctuate.

Many sex workers don’t report their occupation or full income on their tax return due to the nature of their work and fear of repercussions. Even if their sex work falls within legal bounds, a pervasive sense of shame and stigma means that many are reluctant to identify themselves as sex workers on the record. Not even Mika’s family knows what she does for a living.

And this lack of documentation could prevent them from receiving financial aid. The alternative would be to admit omitting information on their taxes, which could lead to its own set of consequences.

“It’s not clear how freelance workers whose income has not been reported to the government can get approved for the stimulus,” said Mika. “I want to apply for it, but it is not clear how to do it. I’m stuck.”

The central government is still drafting the terms of its stimulus package. One proposed amendment would give 100,000 yen (about $928) to each person, instead of 300,000 yen ($2,785) to each household that has lost income — which could potentially sidestep Mika’s problem of documentation.

She must now wait for the government to finalize the package, which will be formally reviewed and deliberated next week, and hope for more clarity.

Sex workers are struggling in other countries too

Sex workers across Asia face similar hardships — but in some places, governments are stepping in to shoulder the burden.

Bangladesh is one of the few Asian countries where sex work and prostitution are legal, with brothels subject to regulations and licenses.

Last month, the government ordered brothels nationwide to close — including the Daulatdia brothel, the largest in the country with up to 2,000 sex workers. To lessen the impact, sex workers in the town had their rent suspended and each received 20 to 30 kilograms (about 44 to 66 pounds) of rice, according to local media and police statements.

In Malaysia, where all sex work remains illegal, there are some avenues for aid during the pandemic. For instance, the government has set up monthly allowances and temporary accommodation for the homeless and unemployed, many of whom are sex workers — but they often have to hide their occupations to get the benefits.

Perhaps the most positive success story so far has been Thailand.

Though sex work is criminalized in the country, the industry still generates an estimated $4-6 billion a year, or about 5-10% of the nation’s GDP, said Liz Hilton, a member of the Thai sex worker advocacy organization Empower Foundation.

Many Thai sex workers found themselves without a workplace or clients after the government shut down bars and other adult entertainment venues last month. They were left scrambling to figure out rent and food costs; on average, each sex worker supports five to eight other people, Hilton said.

That’s why it was a huge relief for many to hear that for the first time, they would be eligible for unemployment benefits and assistance grants under the government’s pandemic relief package.

“We went through tsunamis and floods and natural disasters and been left out every time,” Hilton said. But this time, “sex workers are not being excluded from government help.”

The plan is already being rolled out, with some workers reporting they have received the handouts.

It’s also a symbolic victory for activists and advocates like Hilton, who campaign for better protections, working conditions and societal acceptance for sex workers.

The fact that they have been included in the package shows “an acceptance that the work we do is work,” she said. “If sex work can be recognized in a crisis, it has to be recognized outside of a crisis. There’s no going back.”