The head coach and goalkeeper’s trainer positions of Hearts of Oak have become vacant since Kosta Papic and Ben Owu have resigned from their post respectively.

Adomonline.com sources say that former Hearts keeper, James Nanor, has been considered to replace Mr Owu who resigned based on personal reasons.

The resignation spree started in the camp of the Phobians last week when the team’s assistant coach, Joseph Asare Bediako, quit his job citing reasons beyond his control.

Multiple media reports suggest that the Board Members will be meeting today to deliberate on whether to go for a foreign or local coach.

Meanwhile, management is in talks with Yaw Preko, Ibrahim Tanko and Frank Nuttal of which one will be selected for the head coach role.

Currently, U-15 coach, Samuel Nii Noi, has been named in the interim.

We are not thinking about winning the league but… – Hearts coach 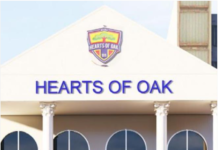 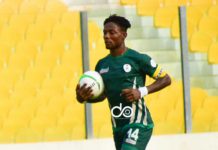