“Today I had a call to vacate my house because some people have threatened to assassinate me and my family by Thursday 4:am.”

These are the words of Member of Parliament (MP) for Assin Central, Kennedy Agyapong, to inform the public about possible attempts on his life.

The MP, who has been given a nod in the parliamentary elections for the sixth time, said he is very alert after the latest threat.

According to him, though the persons stated categorically it will be on Thursday, the threat could be executed at any given time.

However, Mr Agyapong stated he is not scared of the cowards, adding “I’ll be waiting for them on Thursday. I’m waiting to see if they can match my energy.” 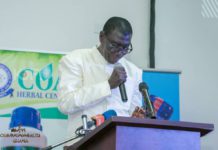 My life is in danger – Princess Shyngle reveals amid divorce saga