Actress Moesha Buduong has asked for a special award after admitting to being the most trolled celebrity figure in Ghana.

According to Miss Buduong, she has, over the years, thought of deleting her social media accounts and throwing her phone in the bin anytime she was trolled.

The actress said she has however developed a tough-skin to endure all the insults hurled at her because she loves social media and all its associated benefits.

Moesha made the point in a lengthy post on her Instagram page where she also urged social media users to utilise the platform to their own benefits.

She has also indicated that she will not be leaving social media anytime soon. 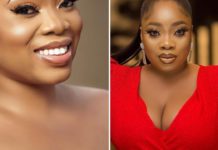 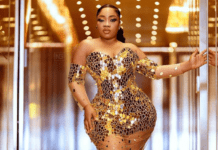