The two female rappers have been engaged in throwing jabs at each other in an attempt to prove their prowess but one thing that brought Medikal into the picture was when Eno Barony mentioned him as the ghostwriter for Sista Afia.

The statement didn’t sit well with Medikal, especially when Eno Barony added that, it is Medikal she is even looking for to battle out.

Taking to Twitter to react to the ongoing scuffle, Medikal’s gesture proved he was disappointed at the ‘Heavy’ Load hitmaker.

Four years ago Eno linked up for a feature, gave her a verse and pulled up to shoot the video when called without charging a penny, never expected her to disrespect me in anyway, especially when I haven’t wronged you. This is why people don’t do good sometimes I guess.

You could have linked up again after all those years for another verse cuz I am hotter than I was back then ! But no, Human being, you would rather put dirt on my name for clout than get a hit song you can chop from.

So this is what’s gonna happen, you will probably do couple of ‘diss’ songs and direct them to me, and as we all know, Ghanaians will hail you and mock me to make you believe you are the bomb,whiles they still Jam to my music in their homes and parties.

The tweets didn’t end there as he initially opened up the thread with this:

Don’t ever think I will waste time recording a diss track to a female rapper, especially when the person looks like corpse. Issa dead tin. 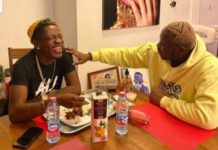 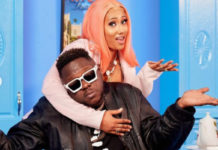