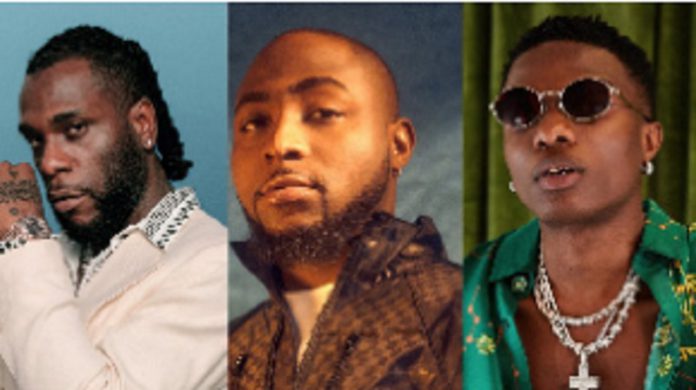 Popular Nigerian journalist, Kemi Olunloyo has expressed her desire to have Davido, Burna Boy, and Wizkid produce a song together before she dies.

Kemi says she will be proud to have the gentlemen on the song to the extent that she has requested for such a song to be played at her funeral.

It is no secret that the singers have been involved in a longstanding beef over the past few years.

However, Kemi who wants the three Nigerian superstars to settle their differences, took to her Twitter page and wrote:

“I wanna see Davido, Burna and Wizkid do a song together before I die. I’ve been a music journalist 27 years among other news beats, a music publicist and a Canadian Grammy Judge. When I die, that song must be played at my funeral reception. I will be so proud as an Angel. DO IT”. She tweeted.